Cate is best known for her mosaic art‚Äîusing hard-edged materials to portray the shape, flow, and texture of living forms.

A native of Canada, she originally worked in paint and found object sculpture‚Äîexhibiting and receiving grants both individually and as a member of ‚ÄúThe Coterie of Malcontents‚Äù artist collective.

In 2002 Cate moved to California where she discovered that she could combine her first loves, and in effect, both paint and sculpt in mosaics.

In 2010, she launched shardArtist¬Æ and her work was quickly accepted in highly competitive juried shows and sought after through private commissions.

Cate now creates mosaics from her studio in Todos Santos, Mexico where she continues to draw inspiration from the beauty of the natural environment. 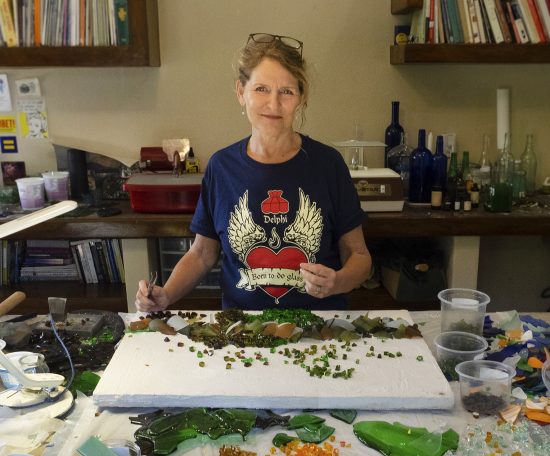